London based luxury footwear label Naked Wolfe were certainly busy during Paris fashion week this season, throwing a party for over 300 guests and presenting its latest designs in a showroom based in the Le Marais district which featured a custom-built sculpture. Amongst a busy schedule, the label somehow also had time to trawl the Parisian streets for its latest editorial. 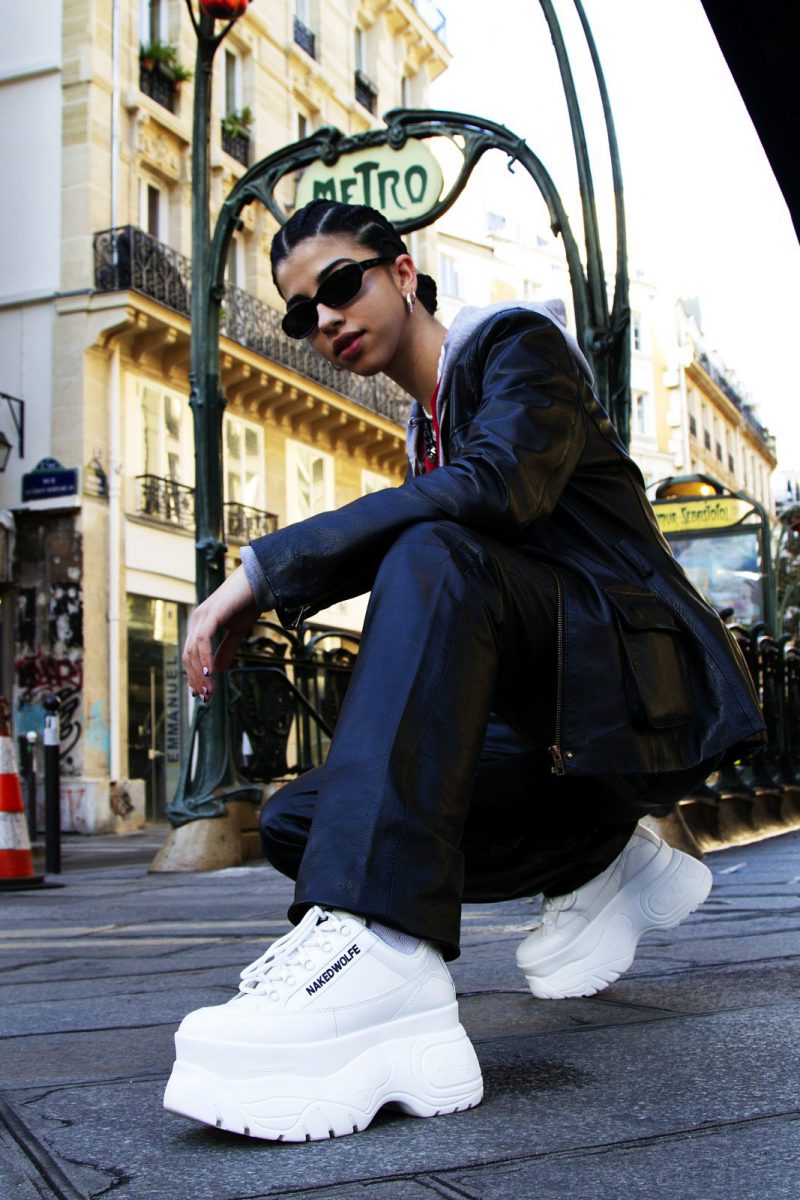 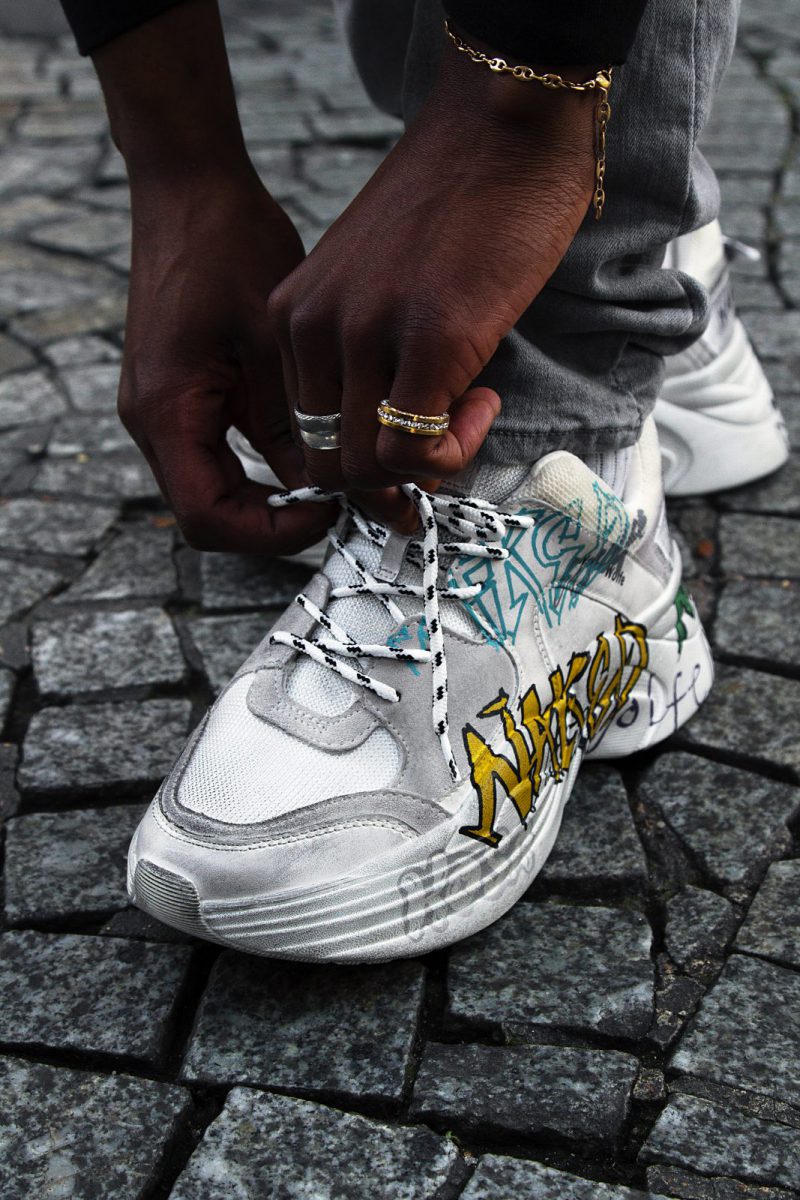 Having been featured on the feet of the Hadid sisters, Ariana Grande and Hailey Bieber, the footwear label has built a strong reputation in streetwear circles and continued to show why with this latest editorial. 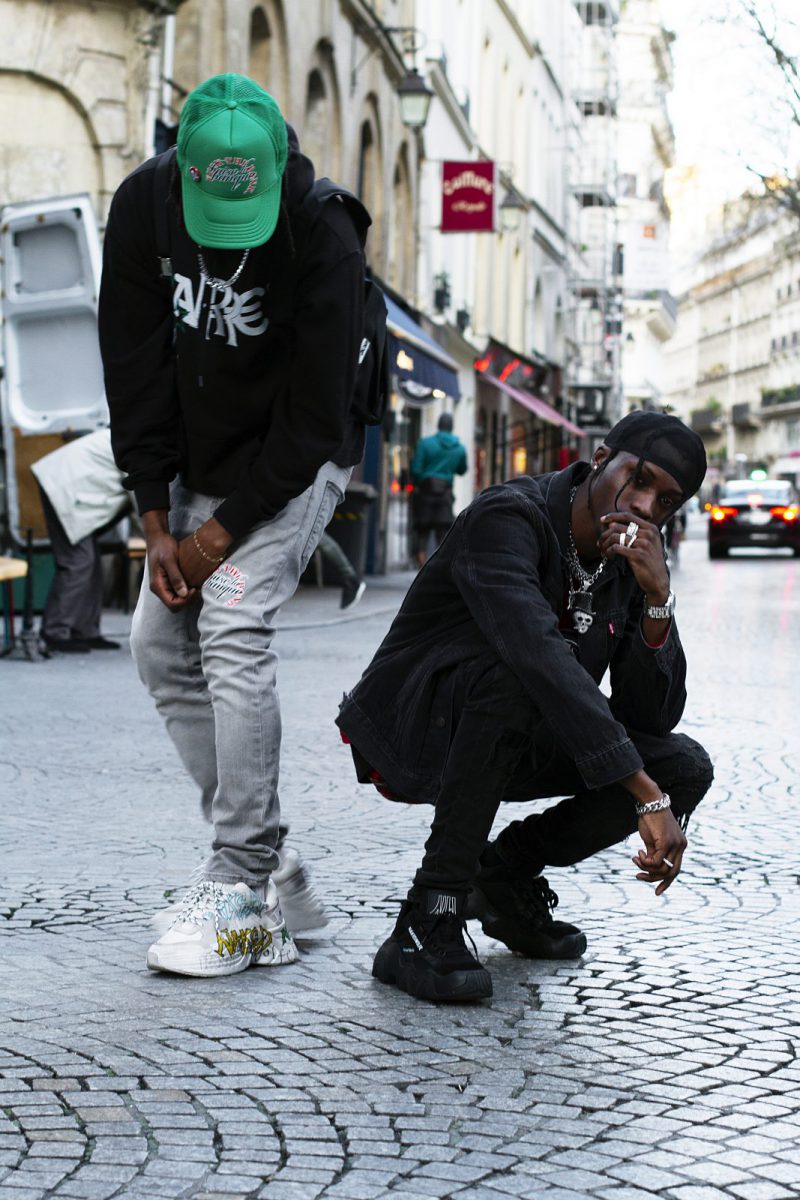 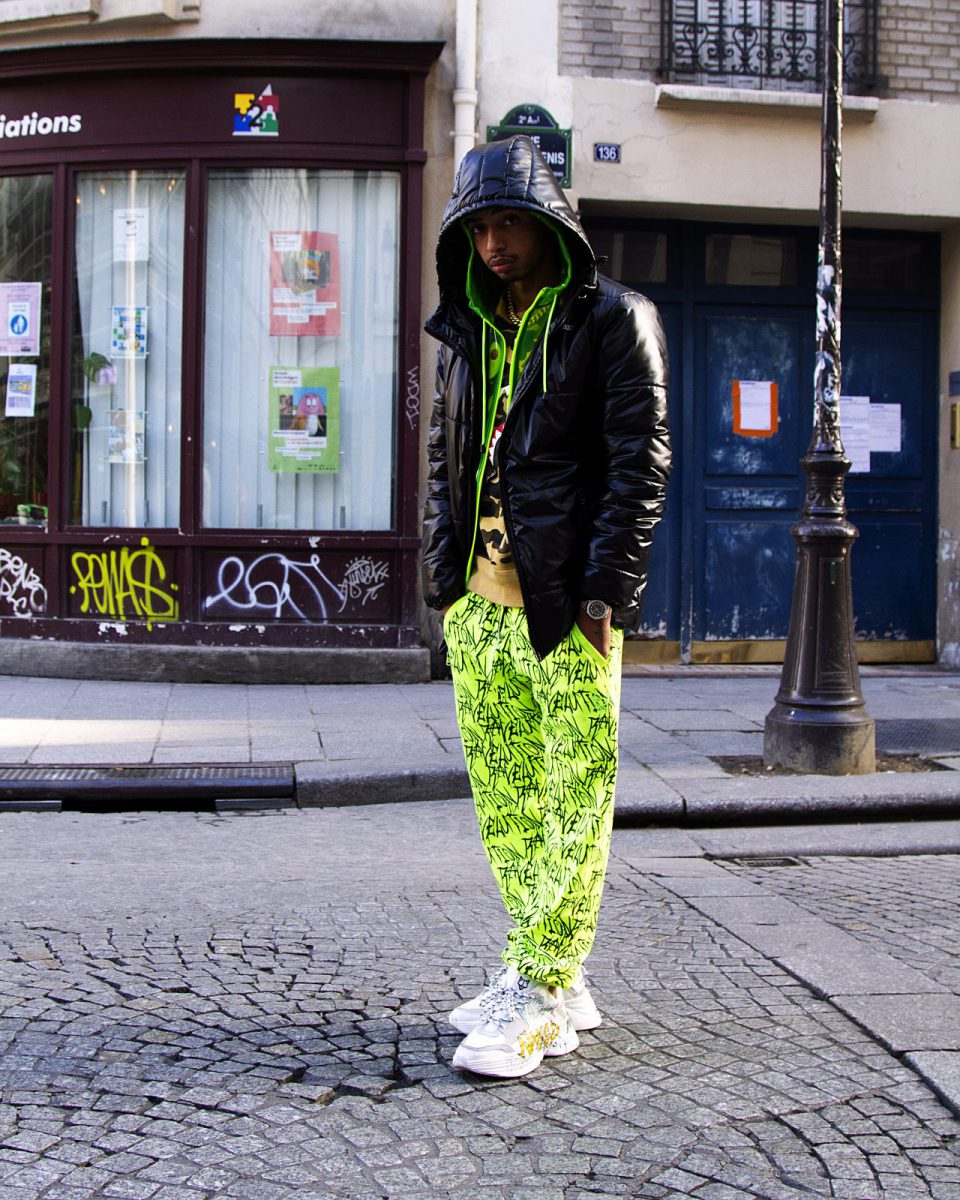 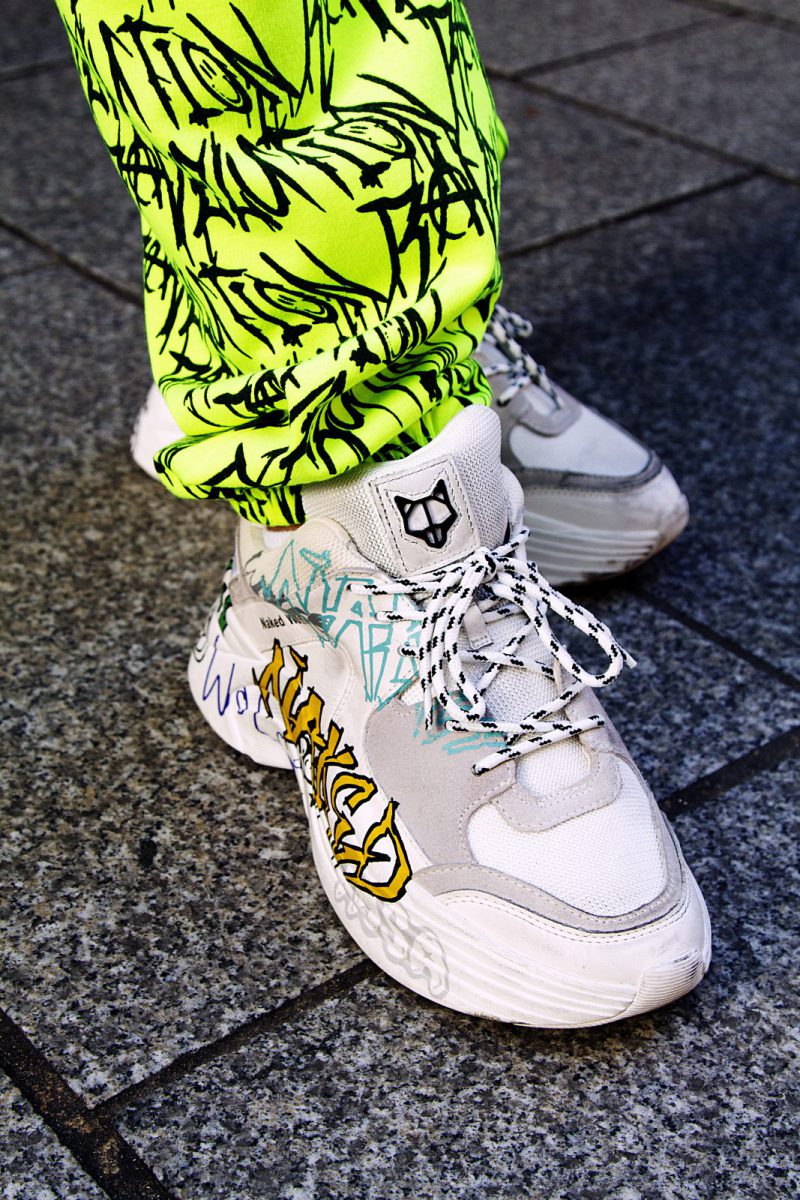 As models posed around the French capital, exaggerated soles served as the base for chunky sneakers adorned in a spray-paint print to produce a striking piece of footwear. Meanwhile, a sleek all-black sneaker with white branding caters to the more lowkey customer and white platform sneakers are styled with a leather two piece for a distinctive outfit. 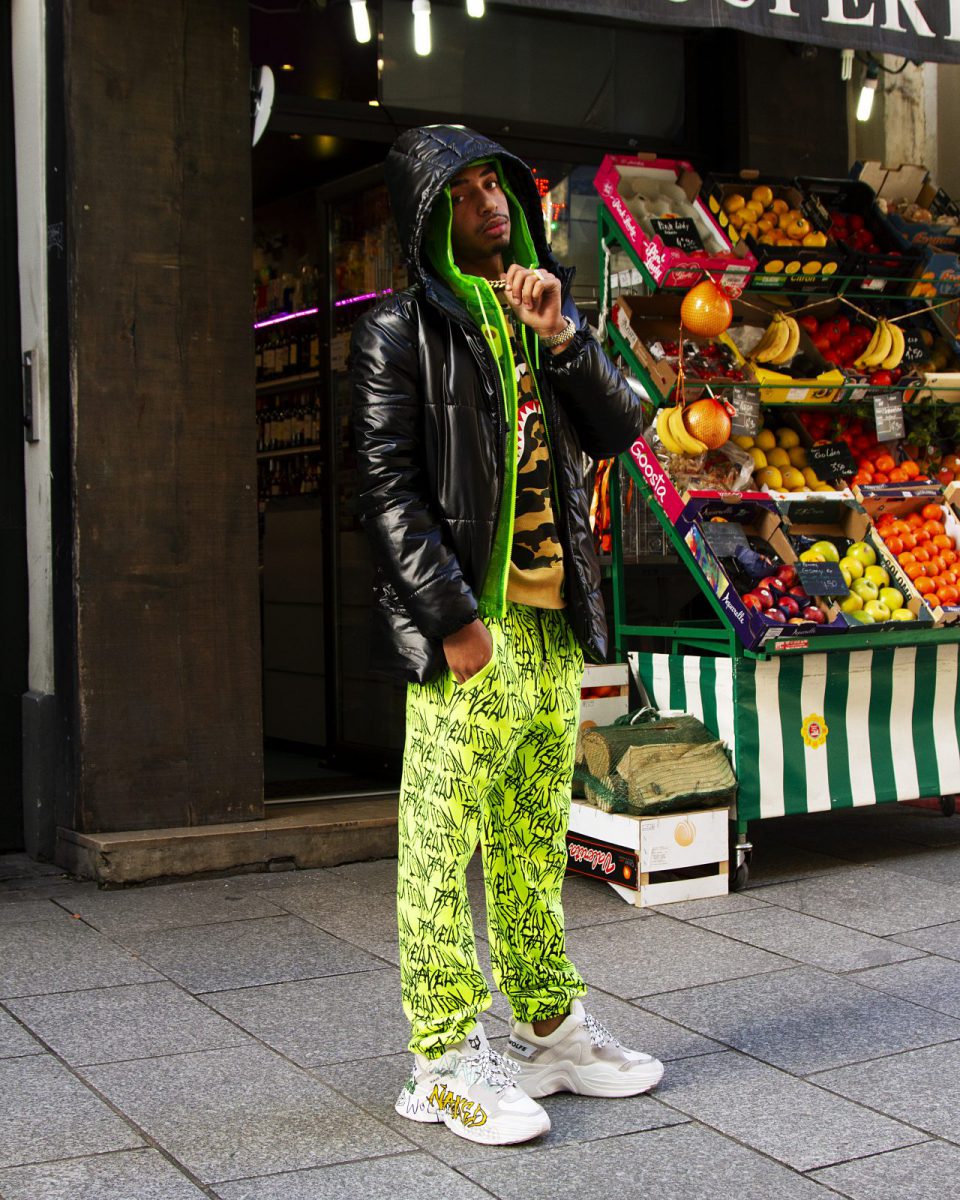 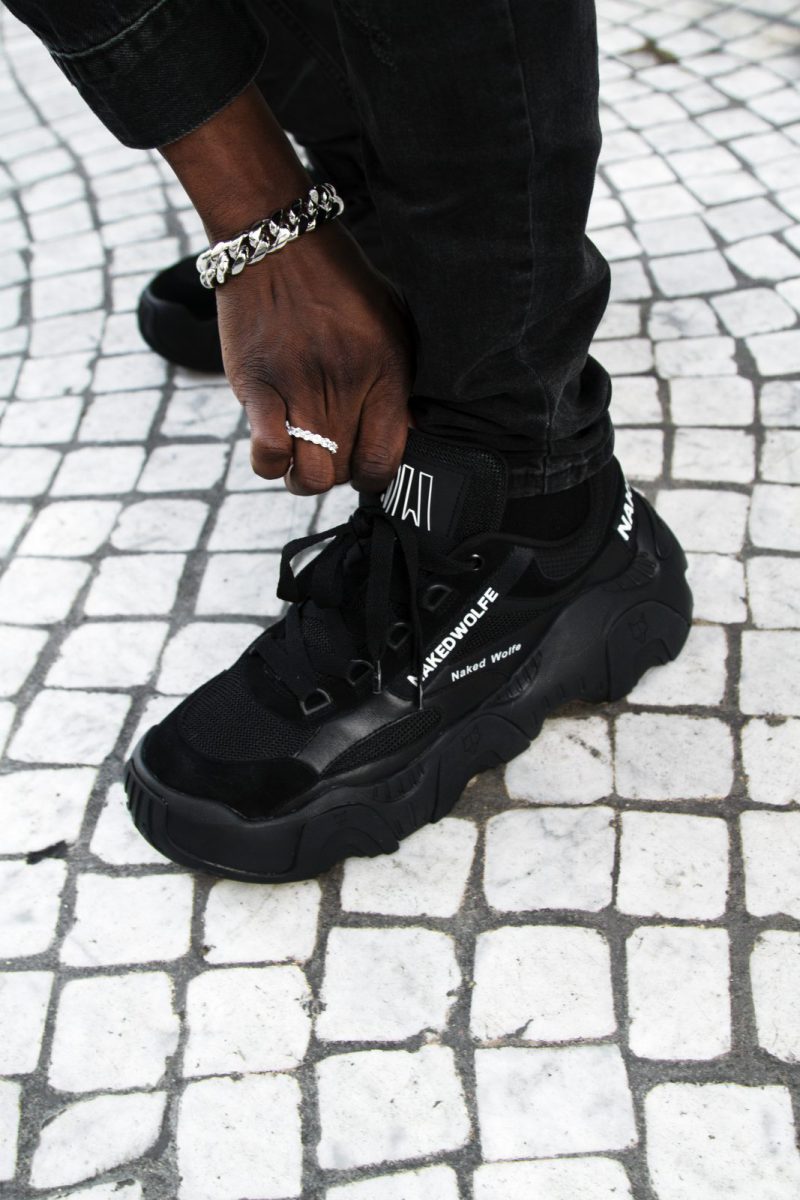 Having been founded in 2017, this was the brands first fashion week and they chose to migrate to Paris as “it was in need for a young cool footwear brand that stood out from the rest to match the organic streetwear culture which we so clearly represent. We organically took over the streets and the feet of the genuine young fashion street cultured crowd all wearing the brand,” according to Men’s Creative Director, Cooper Mance. From the sounds of things, they made a good decision.