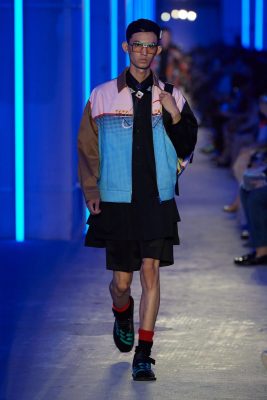 Summoning our poignant sartorial lust is, unequivocally, Mrs. Prada’s Spring 2020 season, challenging a tailoring anecdote to a whole new level. Miuccia has long supported a grovelling relationship with art, particularly by collaborating with her beloved creators on a global scale. The collection epitomises a continuation of the themes launched at her recent women’s Resort show in New York; though, when the collection featured on male models, it grasped a wackier edge. The clothing, conquered by a state of docile femininity, took on a delicate attitude on the catwalk as seen in the embroidered shirts, flooded by an erotic feel and fetishizing a dose of untainted minimalism fused with timeless charm. Overall, the apparel encompassed an eclectic range of slender ensembles – menswear twills, tweeds, shirts, sportswear asymmetrical pieces, served to accentuate likewise highlight the splendour of “mystical luxury.” A free-spirited boyhood? For Miuccia, that’s no distrust! But Prada is simply like no one. The reason the latest menswear show took place in Shanghai was to celebrate the 40th anniversary of Milan being named a sister city of the Chinese cosmopolis. Asian market is thriving more than ever, and consumers will not take a break from a “deluxe crave” – moreover, it was impossible to miss a Prada’s billboard across Asian the city. Implementing a chic yet sartorial allure, the precisely cut coats, jackets and trousers were proposed in a variety of hues, shapes and volumes. Additionally, silhouettes were relaxed and finely fitted. For the tailor-holics, the treat was truly palpable, as proportions and symmetry were explored with the same succinctness that Miuccia brings to her women’s shows. Not surprised the press was stunned by it. 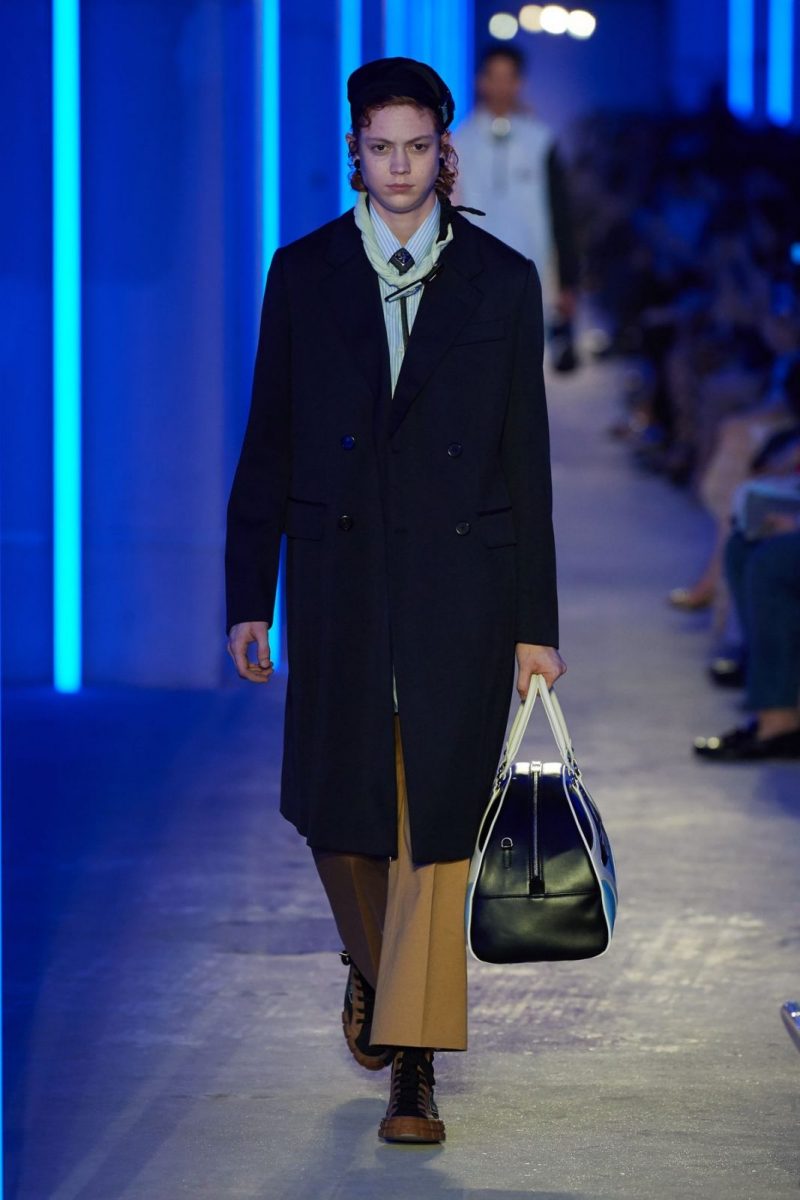 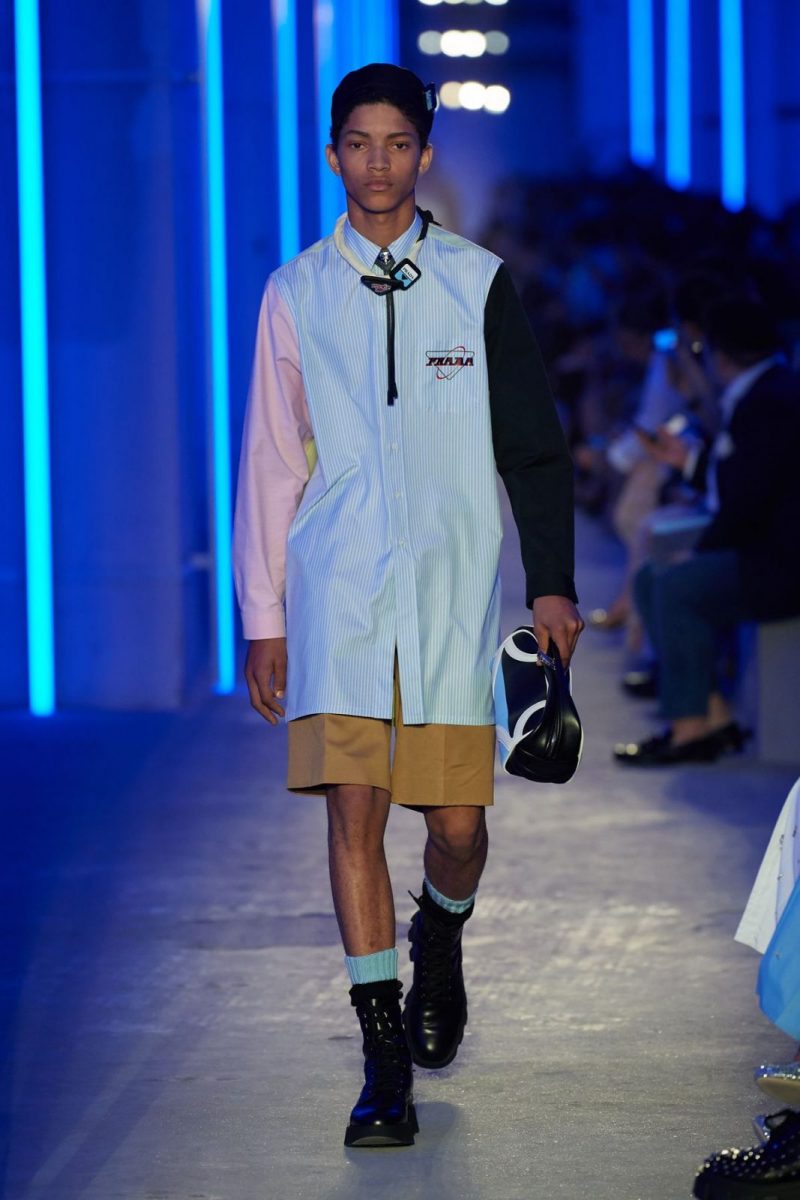 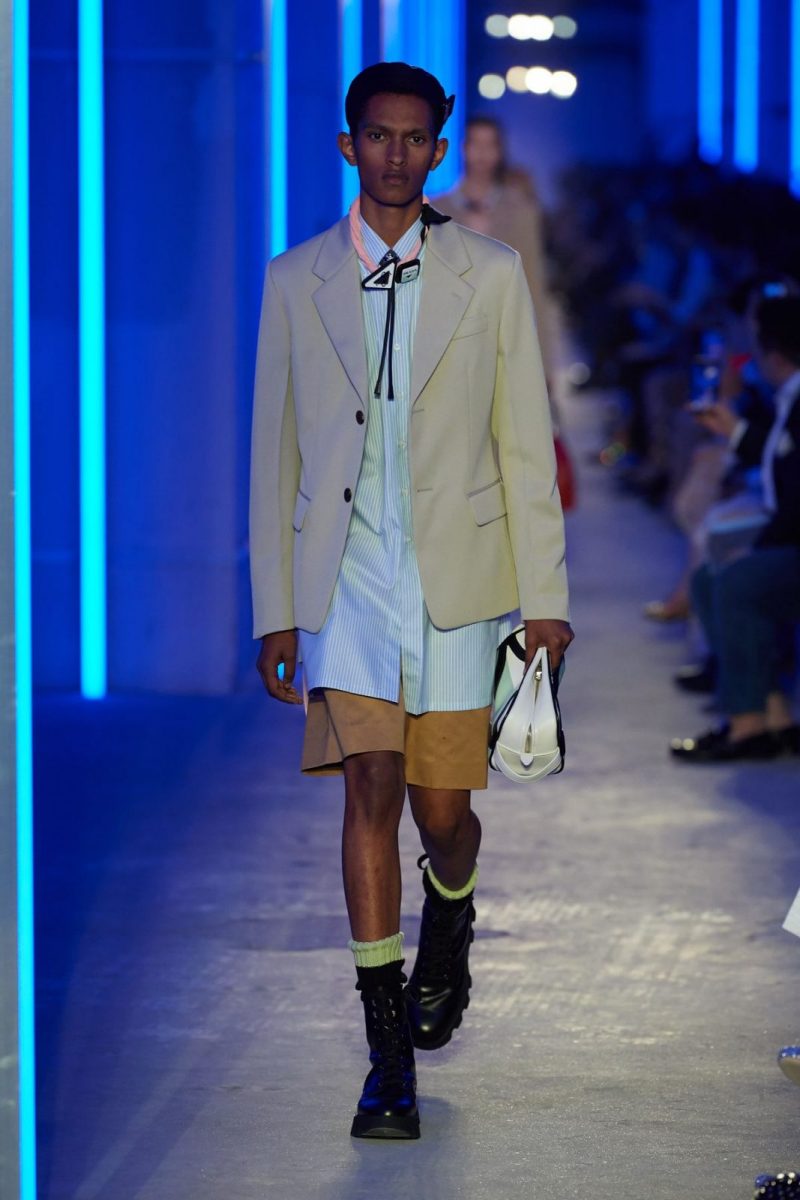 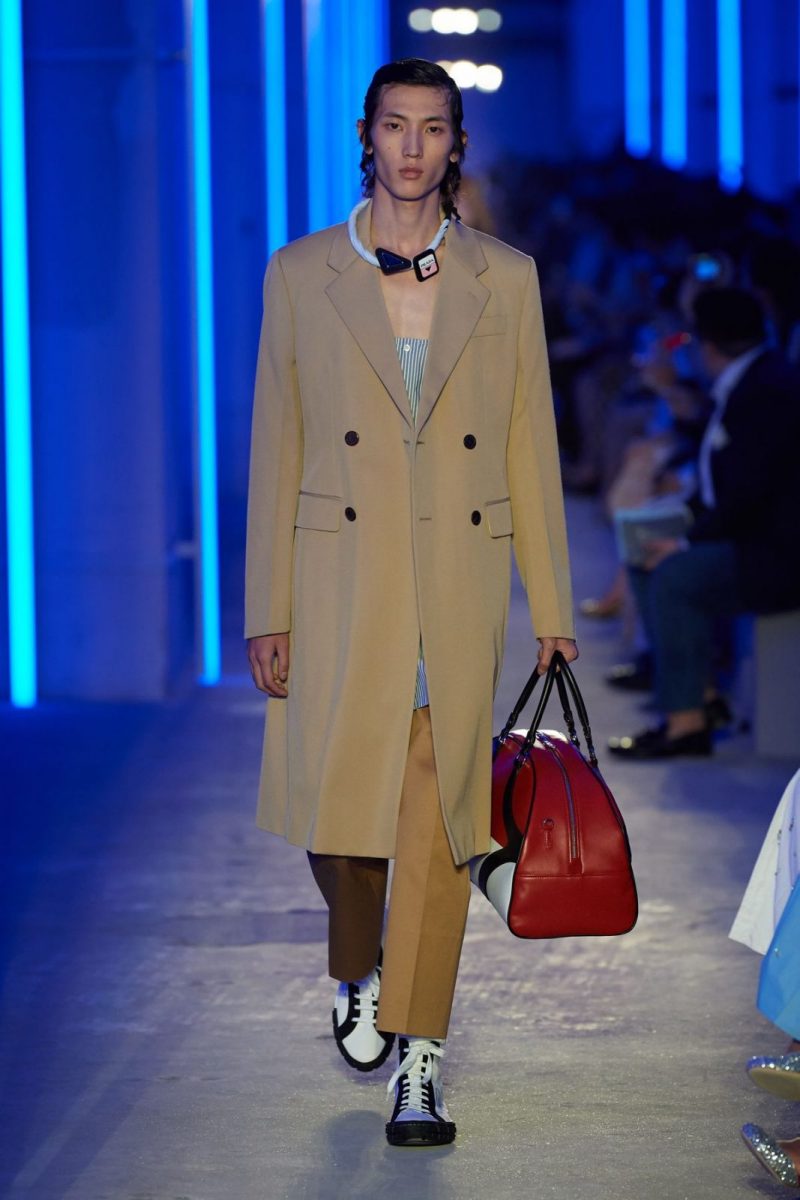 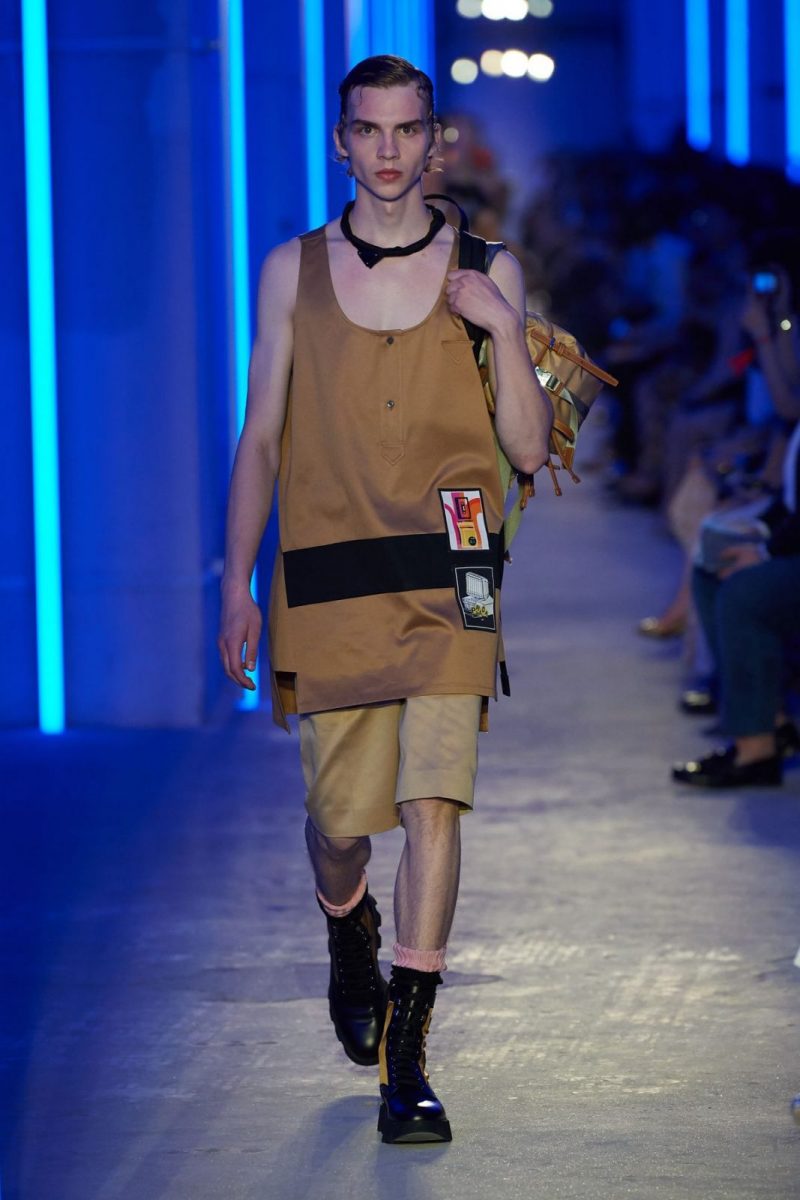 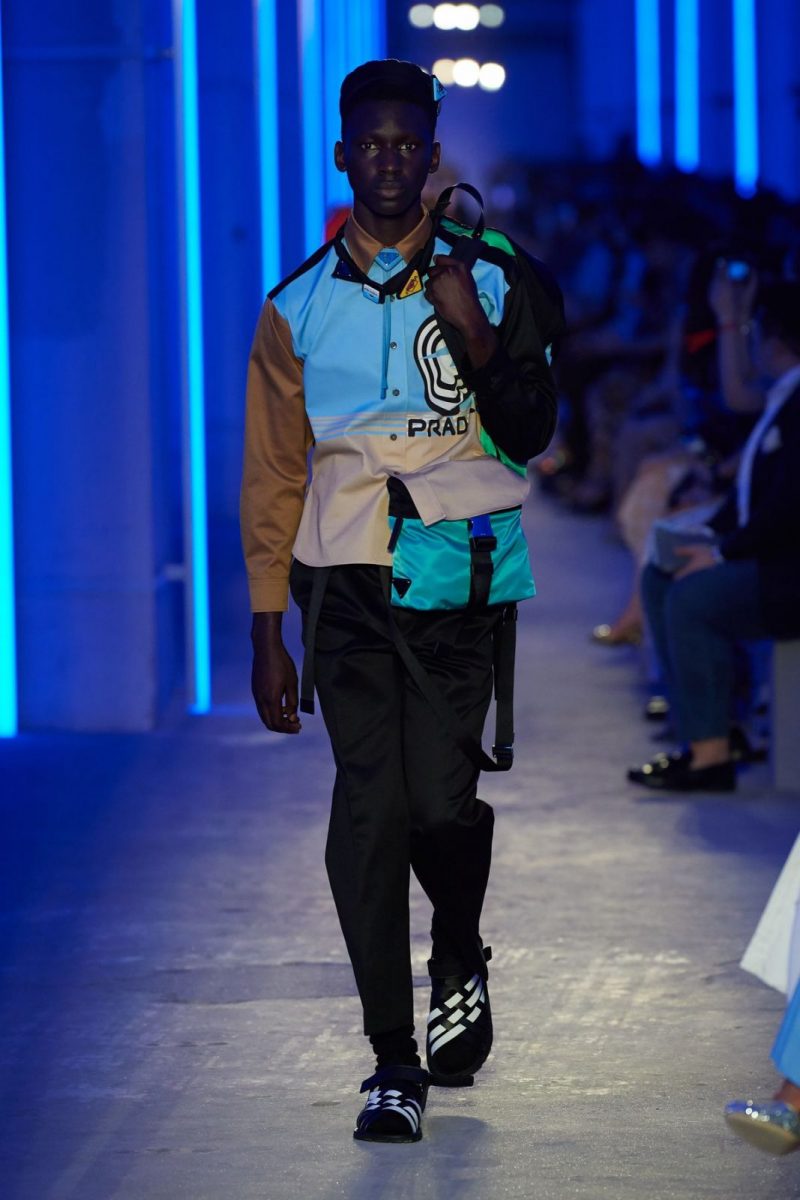 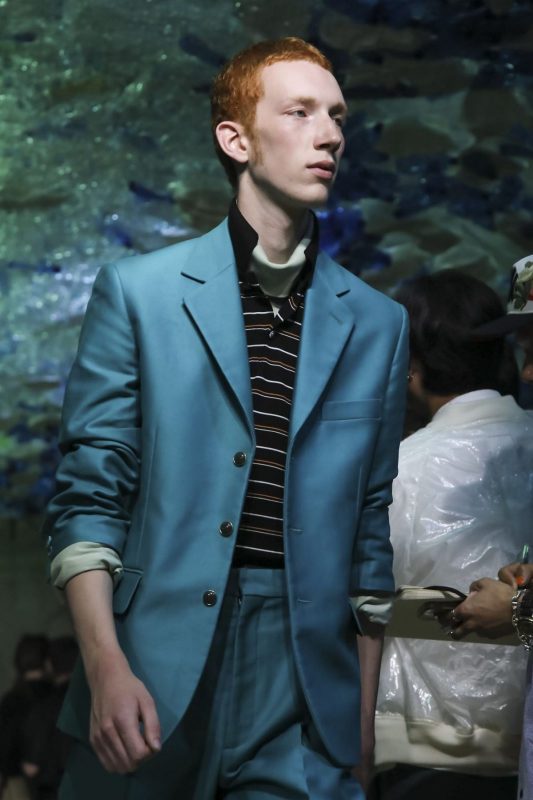 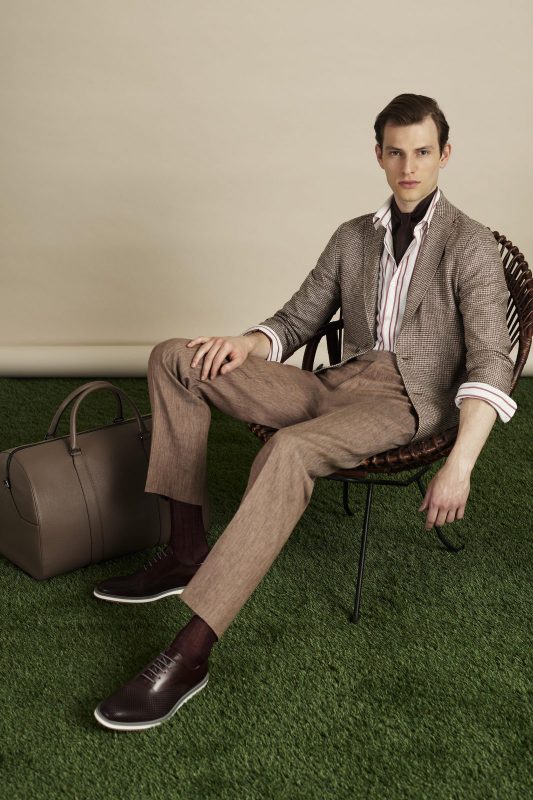