Rihanna is the first ever black, female brand holder at LVMH.

“Shine bright like a diamond” dear Riri. Indeed, the future looks bright and so does your creative horizon.

“Oh na na, what’s my name?” was a renowned lyric sung by our fabulous Rihanna approximately 10 years ago. The eminent popstar has recently stormed our news feeds, serving an abundant bowl of “Riri-Couture” on our tables. Thankfully, all the ‘rumbling jumbles’ primarily arose in early January have come to an end. Here’s to the brand-new luxury Fenty Maison: encompassing a chic, eclectic range of ready-to-wear apparel, shoes and accessories, the label will officially be revealed in Paris later this week. Yet, the celebrated “Good Girl Gone Bad” has provided plenty of enticement to her fans, through a flashy preview via an Instagram post and a campaign video.

The photos, captured for T-Magazine’s first ever digital cover, show the “sleek-meet-street” mood of the collection, portraying an apparel formed of refined integrity, fused with sophistication and delicate chromatic temper.

What’s best to do, right this moment? The answer is uncovered: hold off all your covetous cravings my beloved female e-crowd, because the R&B Queen has once more culminated an insane job, as the clothing result being unsurprisingly staggering. The brand will launch on two separate dates: on May the 29th and on May the 24th in a pop-up store located in Paris.

Have the images made you elated enough for the imminent release? Yes, obviously (well, I hope so anyway.)

Minimal and neutral tailoring, power shoulders, shrilled silhouettes, structured denim, jagged eyewear, vigorous cuts and wacky hairstyles is all we’re living, yearning and itching for right now. The hyperbolic apparel has been decked by chunky necklaces, bags and snazzy shoes. What a sacrilege would it be, to dare omitting the refined, compelling, feminine beige hued workwear two-piece suite, unveiled in one of her Instagram’s latest images. Fun fact: Virgil Abloh, Jacquemus and Adwoa Aboah are few of the top names among the hot list of commenters. Plenty of jealousy from my side folks (I must admit)

“Women are forces of this earth,” stated the popstar in a press release published shortly after the fascinating Insta posts. “We are multifaceted, complex, vulnerable yet bulletproof, and Fenty speaks to all of our intricacies. Some days I want to be submissive, many days I’m completely in charge and most days I feel like being both… so it was imperative that we created a line versatile enough to embrace and celebrate us in that way. The collections are easily worn together and meant to be staples in our wardrobe. I’m just hyped to see people in my clothes, man.”

No matter the clashes, the LVMH group is in full support. Showing us so is a recent declaration made by the firm: “Everybody knows Rihanna as a wonderful singer, but through our partnership at Fenty Beauty, I discovered a true entrepreneur, a real CEO and a terrific leader,” LVMH chairman and CEO Bernard Arnault said regarding the latest collaboration with the singer. “To support Rihanna to start up the Fenty Maison, we have built a talented and multicultural team supported by the group resources. I am proud that LVMH is leading this venture and wish it will be a great success.”

Moreover, in an interview with T Magazine, she added:

“You’re going to be black wherever you go. And I don’t know if it’s unfortunate or fortunte, because I love being black. So, sorry for those who don’t like it – that’s the first thing you see before you even hear my voice. The are also other factors: I’m young, new to the family. I’m a woman.”

Indeed, Fenty places itself as the newest addition to the LVMH group, first label to be released since Christian Lacroix back in 1987.

The collection can be bought from a digital flagship – www.FENTY.com. On an additional note, releases will be added of key pieces in selected retailers and boutiques.

Conventionalism is always great, full stop. Yet, a subversive fashion game is what 2019 is all about. As society of today, we’re moving forward: so let’s embrace Riri’s ultimate movement and opt for a “cooler” future of traditional fashion.

Luxury Conglomerate LVMH To Buy Tiffany & Co For A Ground-Breaking Lump-Sum Of $16.2 Billion 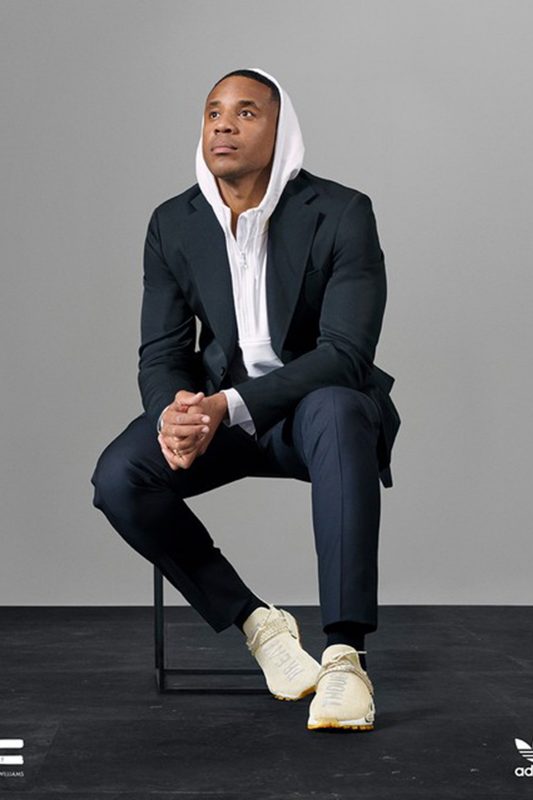