Haute couture week comes to end today in Paris, regarded as the pinnacle of women’s fashion designers such as Maison Margiela, Azzaro and Givenchy have been using the platform to display bespoke menswear while Kim Jones, in his highly successful current role at Dior, has been making many references to the couturier for his menswear collections. If you thought you could take a break after men’s fashion month, here is something else you should be keeping your eye on.

Haute couture is the finest in dressmaking, constructed by hand to produce a custom fitted garment of the highest quality, each couturier must be approved by the Chambre Syndicale de la Couture, a vigorous process that regulates the most prestigious houses. The customs and techniques that haute couture has preserved is paralleled in menswear with Saville Row, a Mayfair street with a strong history of bespoke tailoring which is considered the apogee of men’s luxury.

This gendered division in the dressing of the elite is, however, starting to erode and haute couture is broadening its market to include men. This could be due to the financial difficulties of running a couture house or due to the increased focus on gender nonconformity in fashion. Whatever the reason for the shift, it makes for very interesting viewing.

Maison Margiela has pioneered men’s fashion during couture week, Margiela’s artisanal collections, or ‘line 0’ was granted haute couture appellation in 2012 and has been headed by John Galliano since 2014. The designer, as he so often does, made headlines in 2018 for showing the first men’s couture collection and it has been a mainstay in the brands eclectic shows ever since. The latest collection from this season continued this tradition, featuring a vast array of colours, a common theme in the labels artisanal line, the highly androgynous show featured male and female models in a range of stencil cut gowns, deconstructed jackets and (of-course) tabi boots. 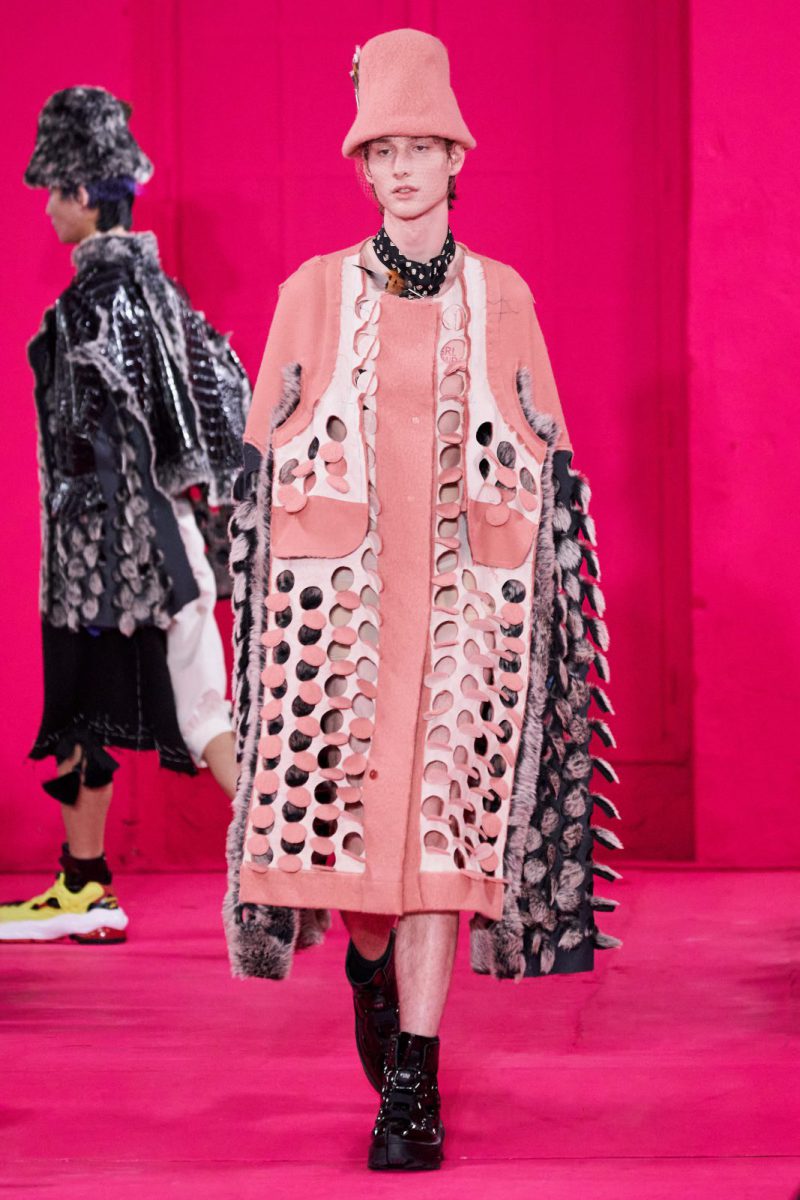 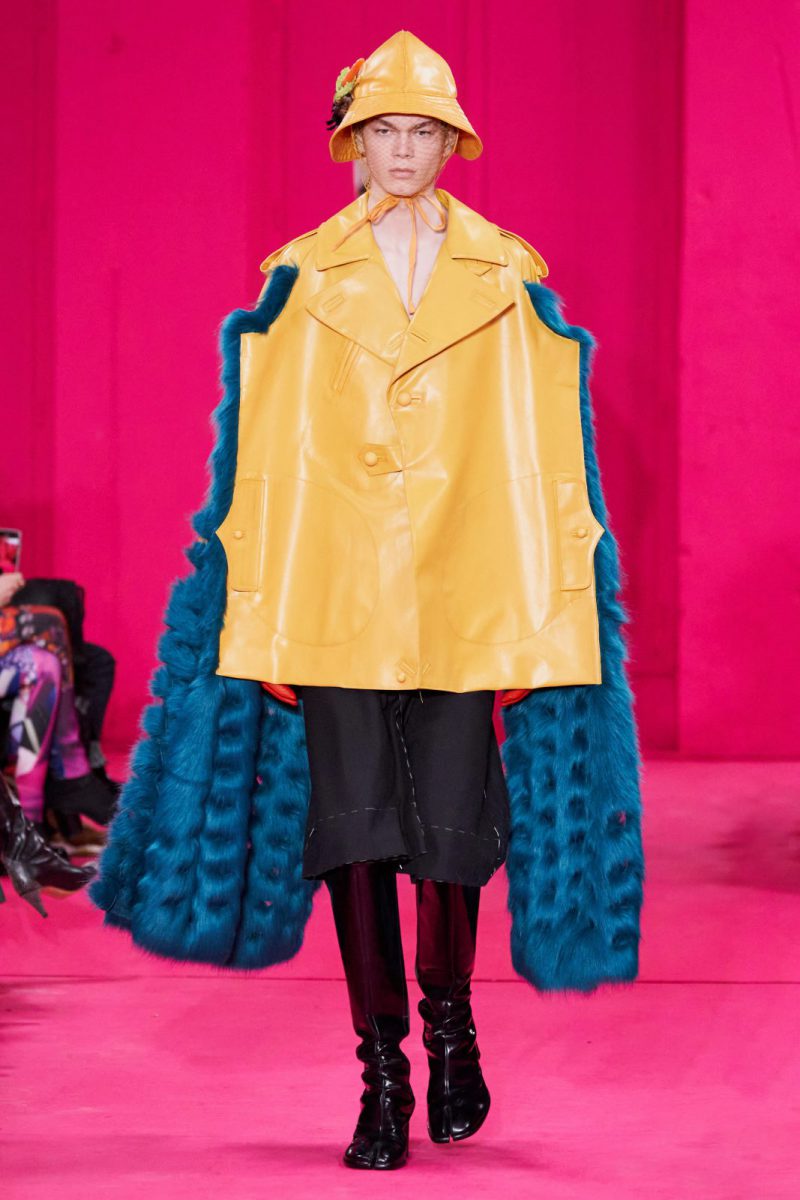 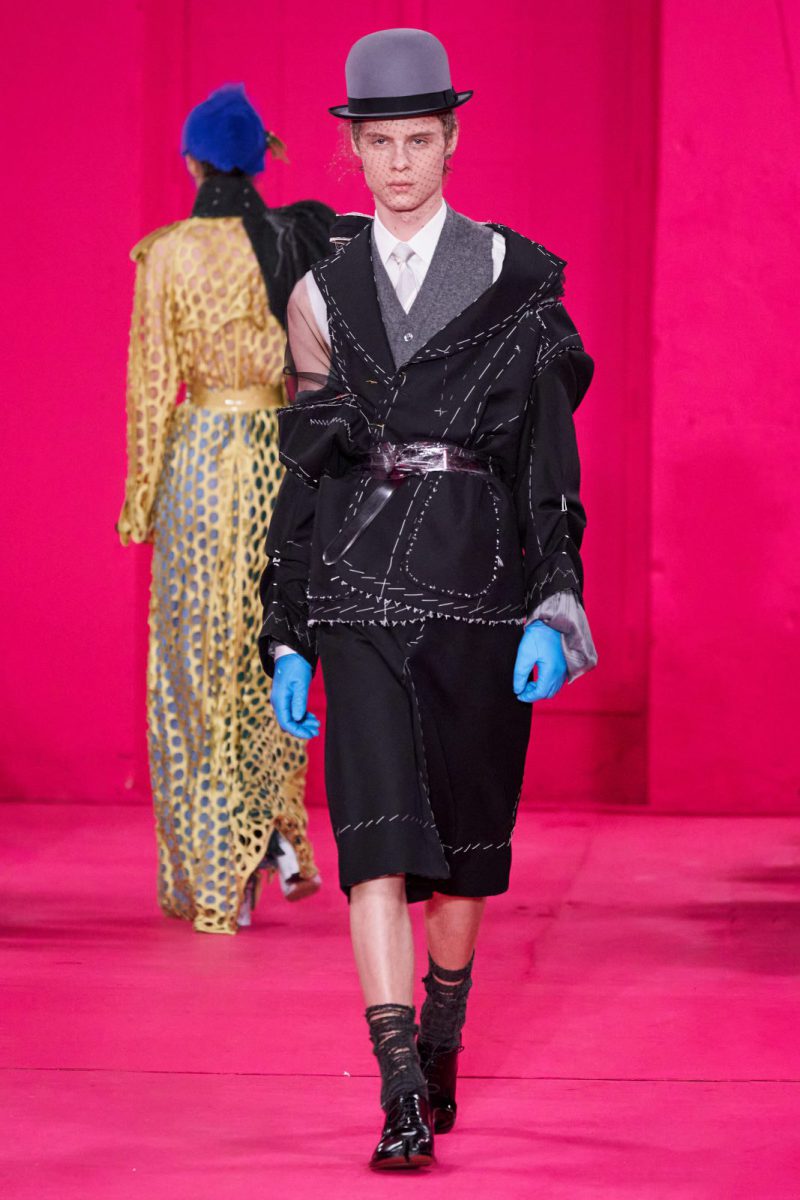 A brand with a similar angle is Azzaro, having shown menswear amongst its couture collections since former artistic director Maxime Simoëns hit the circuit for its Spring 2018 collection, the Parisian label has presented a more traditional approach to bespoke menswear, showing tailored suits and formal wear and mixing it with the sequins and sparkle that the label has a reputation for. Spring 2020 saw the brand take feminine tropes and incorporated them effortlessly into men’s suiting creating an elegant seductiveness that matches Azzaro’s reputation for glamour. 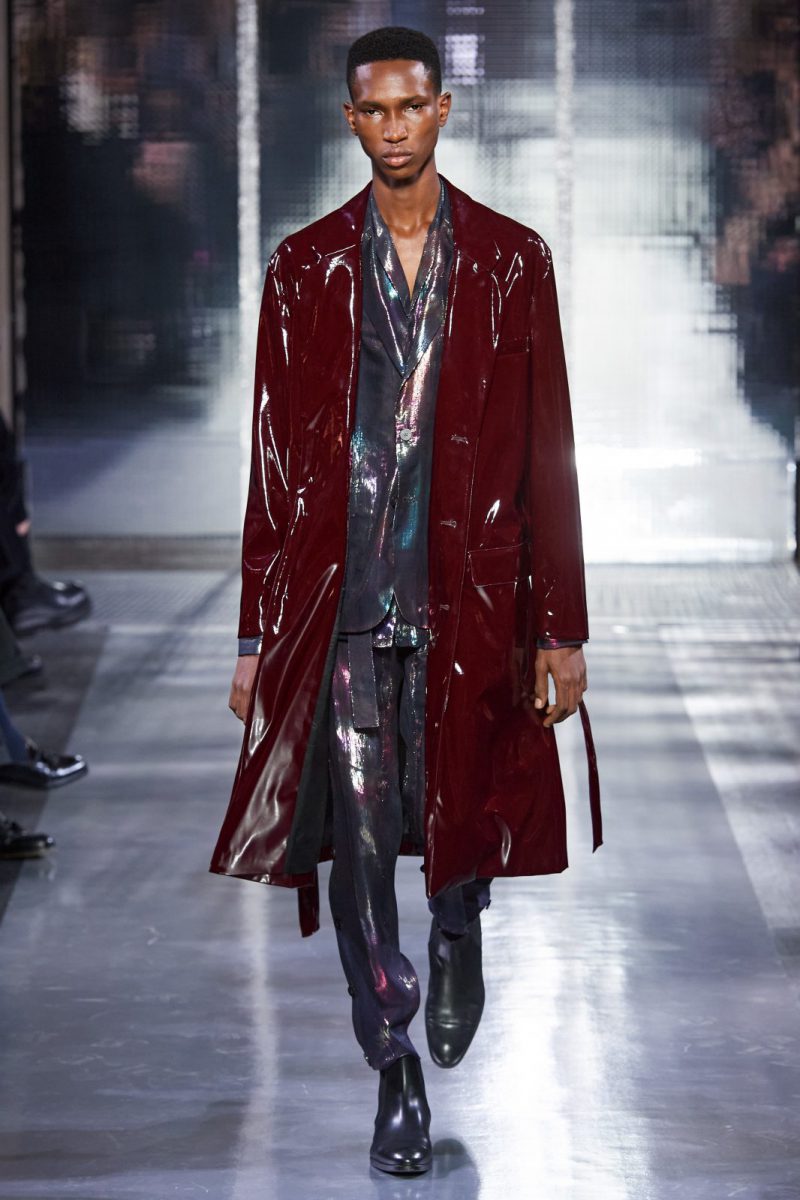 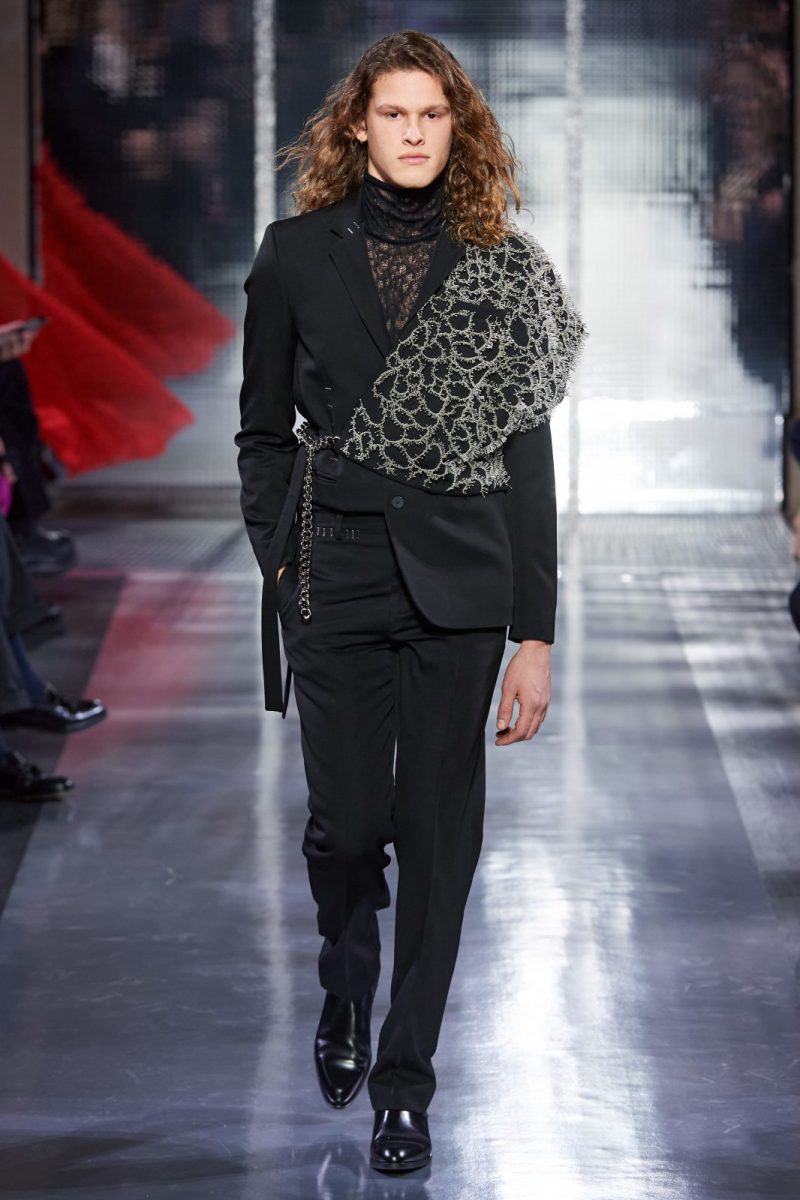 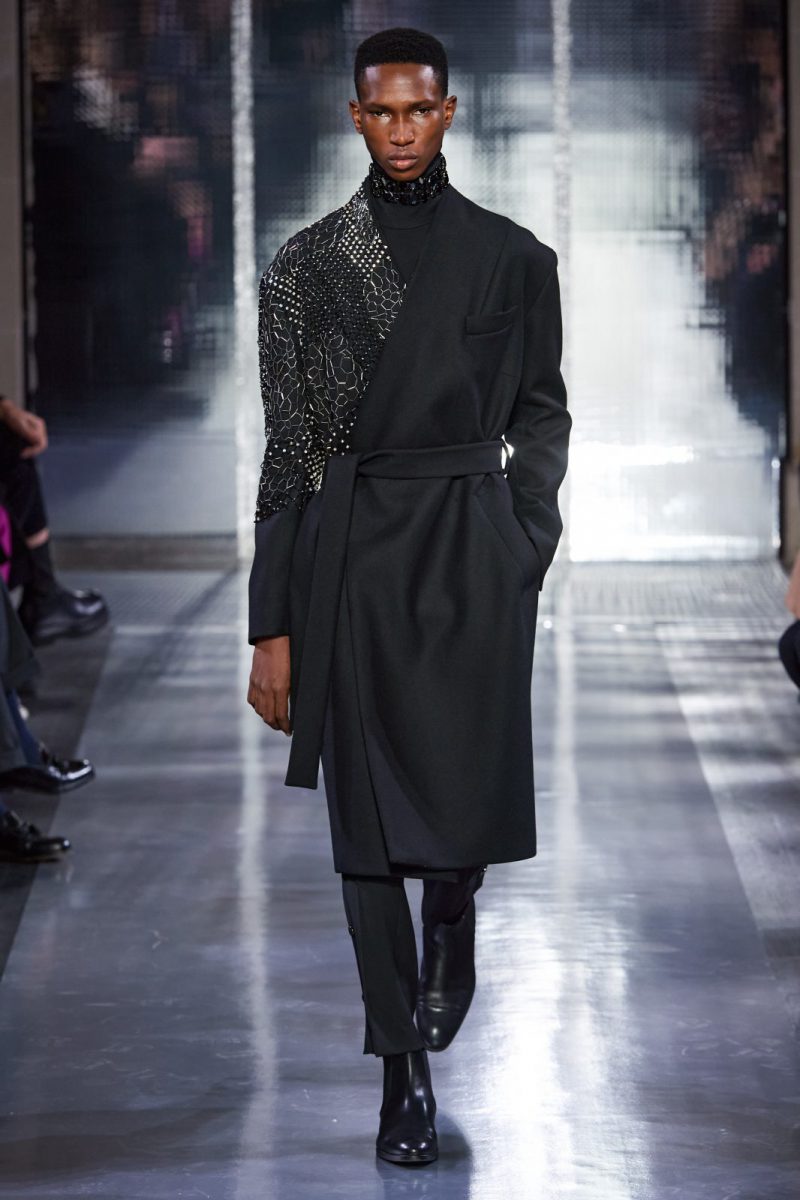 Clare Waight Keller has been another trailblazer in the introduction of menswear to couture since her appointment at Givenchy, continuing the legacy of her predecessor Ricardo Tisci who showed couture pieces alongside menswear shows. This season saw the designer take a different approach for the label’s infamous couture collections, showing an exquisite array of womenswear which left us men to continue drooling over the men’s collection from last week. Shown in the houses haute couture salon it was an sublime display of razor-sharp tailoring and tasteful pops of colour, it’s just a shame we couldn’t see more of Clare’s eye for menswear in the haute couture show. 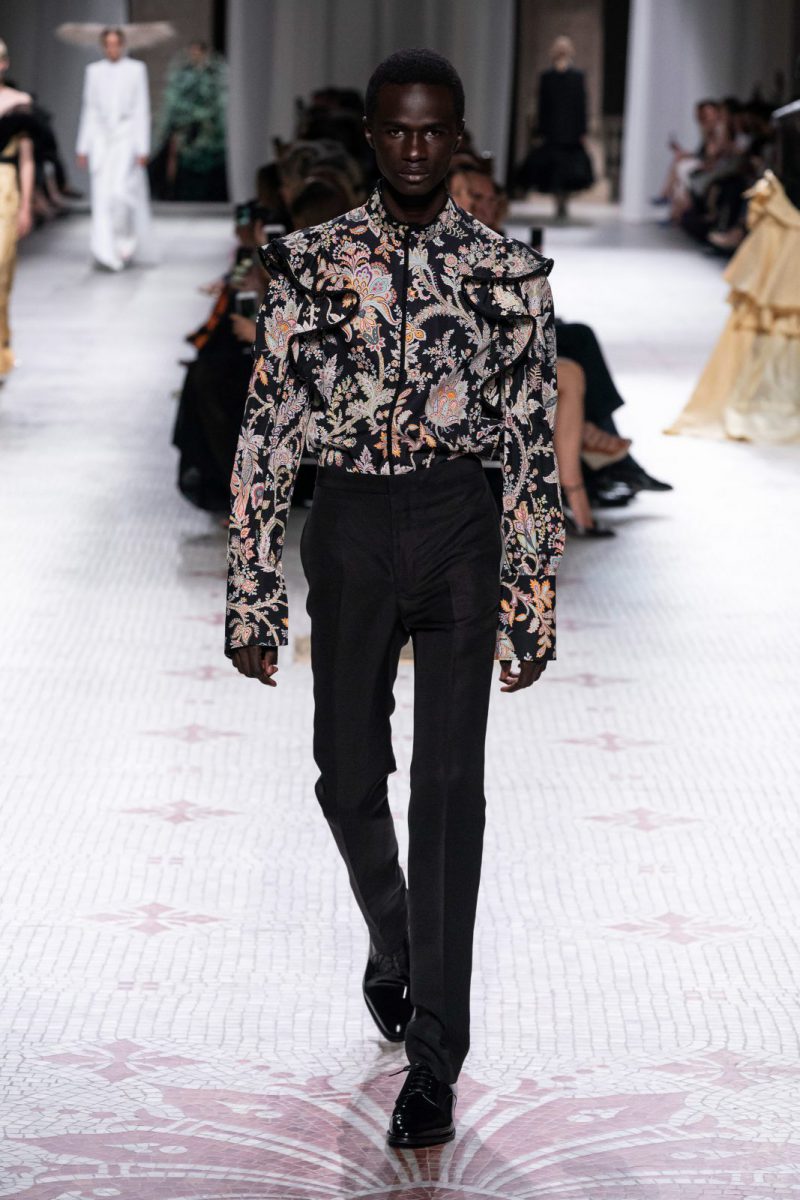 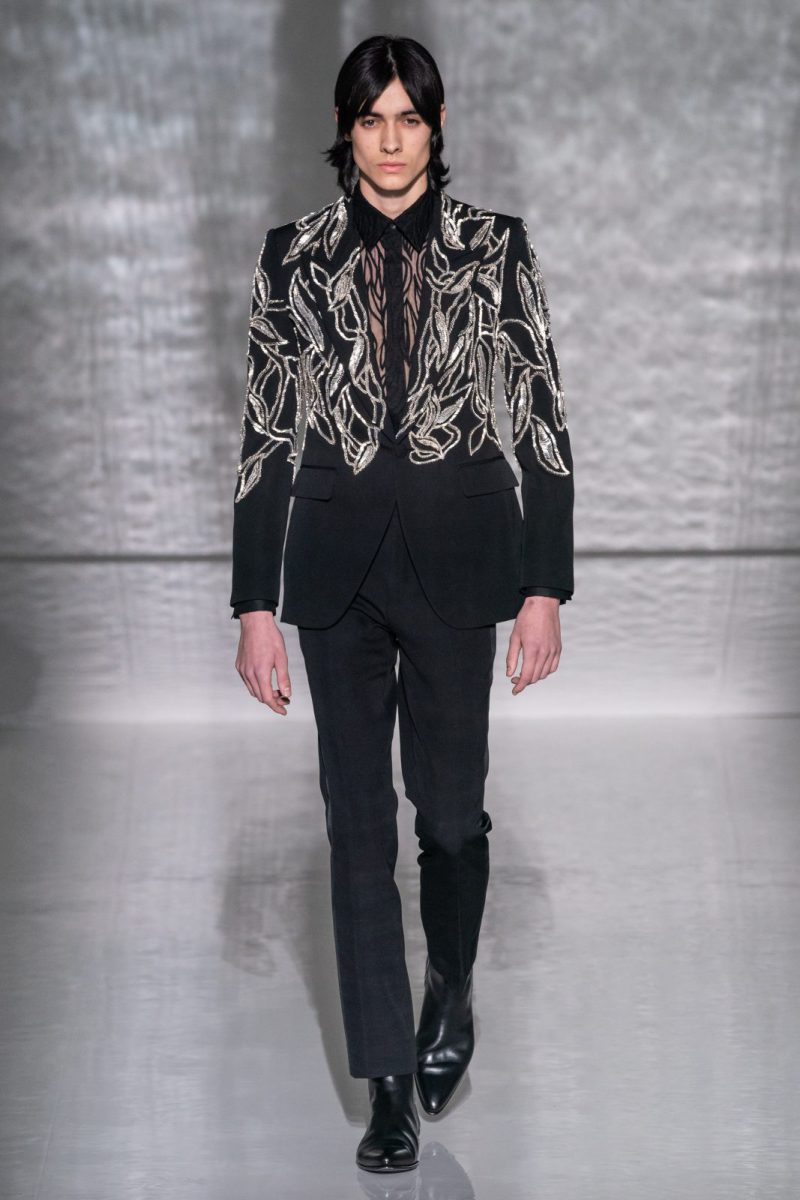 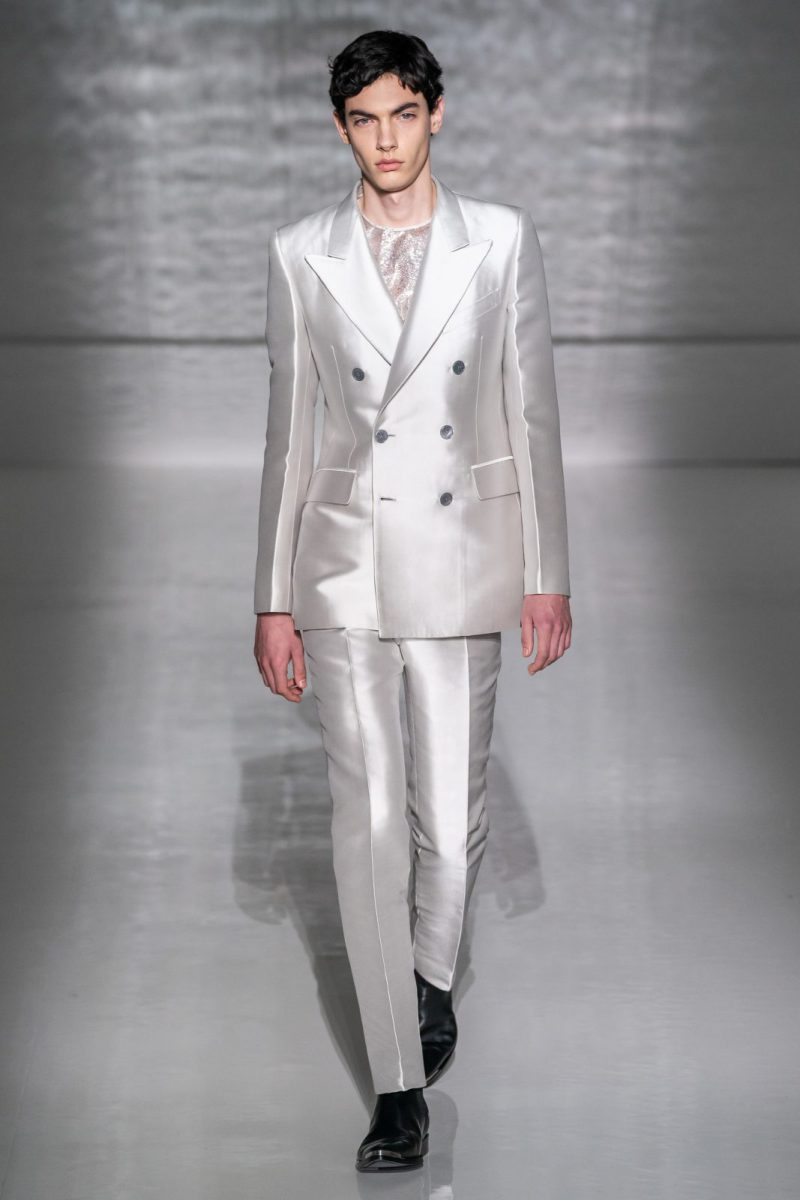 The barrier that these designers are breaking should not be underestimated, haute couture and menswear are no longer a contradiction in terms but a topic being explored by influential houses and an increasingly popular crossover.
Whether you have the budget for haute couture or are simply a spectator, this is an increasingly important season for menswear.

Thermal T-shirts are the unexpected trend creeping into menswear