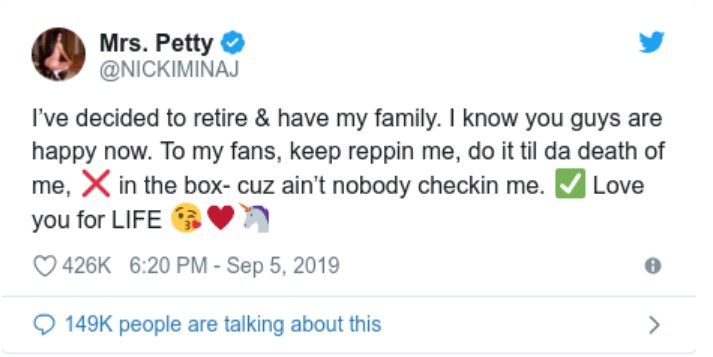 Then she has deleted the original tweet announcing her retirement. She will discuss it on the next episode of her radio show for APPLE Music named “Queen Radio”. 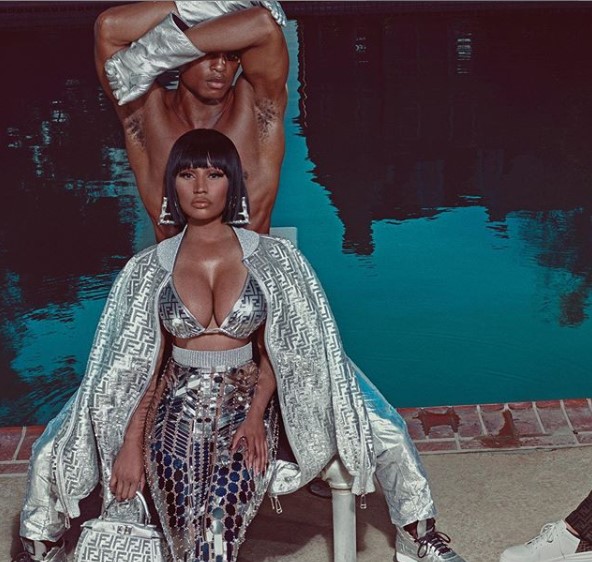 Over the last month, the rapper from Trinidad revealed her intention to marry boyfriend Kenneth Petty. Apart from the controversial tweet, the couple also announced that they are planning their wedding around the making of a new album.Meanwhile, it doesn’t seem she wanted to stop. After the release of Queen album in August 2018, the last June she launched a new single called “Megatron” and the hit summer “Hot Summer Girl” featuring Megan Thee Stallion – featuring a capsule collection in partnership with Italian fashion House Fend,  currently on the run. We bet Mrs.Minaj will hang up her heels not for so long.

The Emerging Talent Who Will Blow Your Mind: Meet Seyon Amosu. 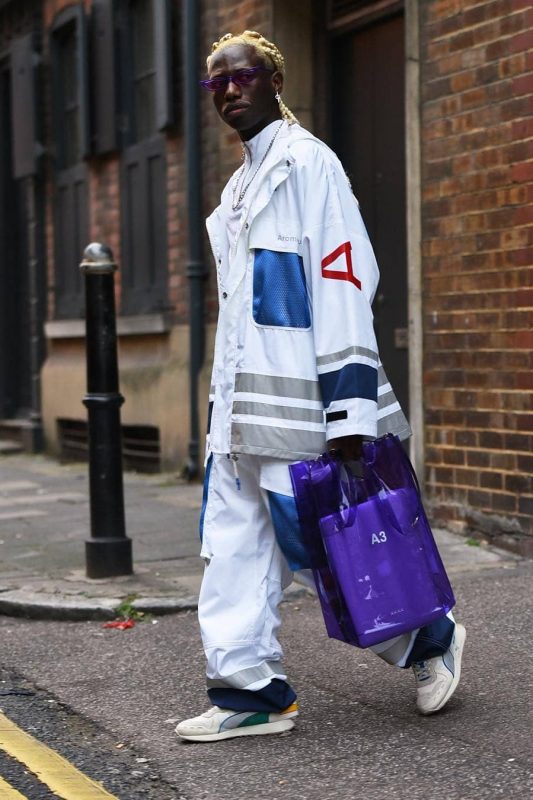 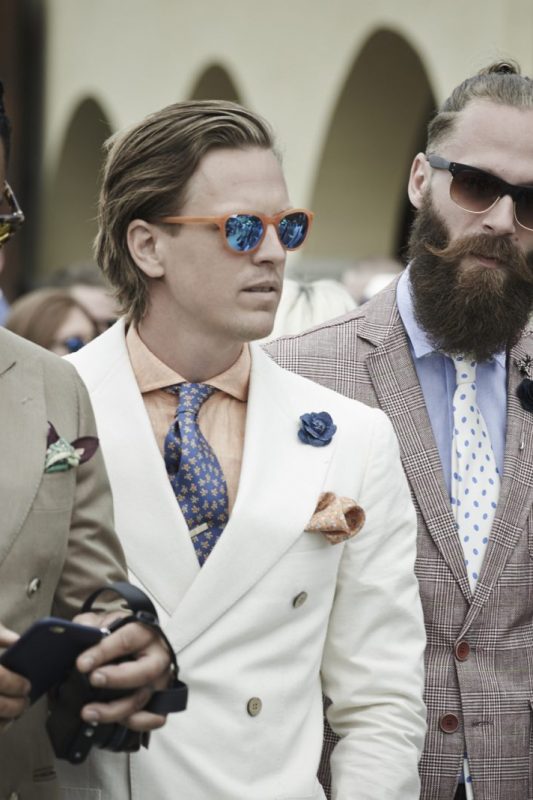 My own Chelsea boots + GIVEAWAY 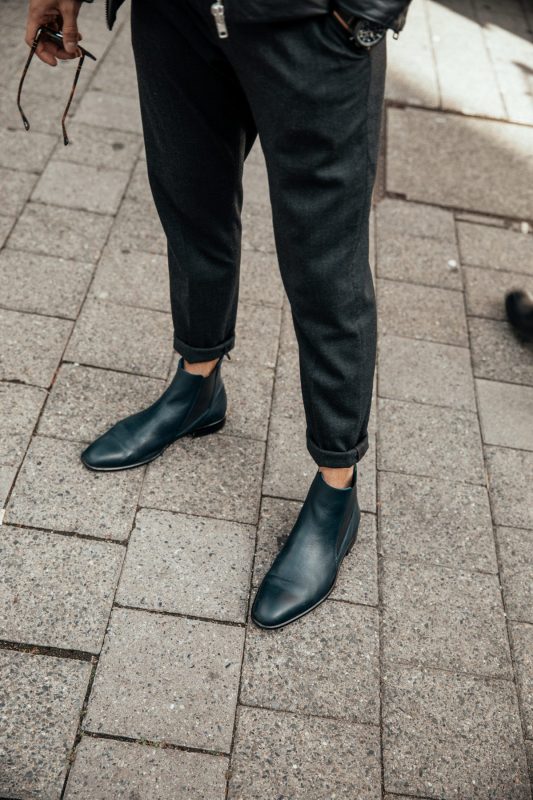