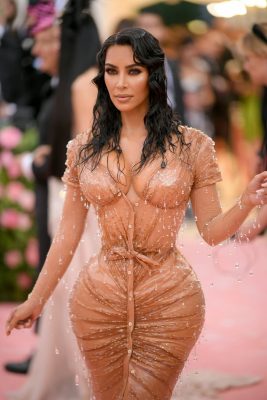 Following Kimono’s global controversy, Kim Kardashian pledged that the new brand name of her shapewear apparel, once referred as “Kimono”, is now called SKIMS, as revealed in an Instagram post. According to the Instagram caption, however, SKIMS Solutionwear is set to launch on September 10th, available from sizes XXS to 5XL.

According to a statement issued to The New York Times around last week, KKW had originally argued that while she grasped the meaning of the Kimono in Japanese culture, she had no plans to change the name of the brand.

The anger caused as a side bounce of Kimono’s brand name alongside the virality of the hashtag #KimOhNo, likely pushed the Kardashian towards reassessing her decisions. “I am always listening, learning and growing,” she wrote in the Instagram post. “I so appreciate the passion and varied perspectives that people bring to me.”

And from Kim Kardashian is everything – hoping she doesn’t crumble it all again in due course.

KKW Pledges She “Had Really Acquitted Intentions” For Kimono

Kim Kardashian On Launching ‘Kimono’ Under A New Name

The Eyewear Brand To Keep On Your Radar This Season