The label’s stand-out pieces upheaved the runway scene as per, including the likes of tapered coats, midi-shorts and oversized knitwear ensembles, further energised by slogan-enriched sportswear pieces that featured verbiage such as “STONE(D) AMERICA” or “MY PRIVATE ANTWERP”, just to name a few. Volumes were reimagined and brought to quite a custom fitted standard, exemplifying oversized tops and shrunken bottoms in most looks, elevating an air of futuristic despair – as seen in the knee-length tunics and sci-fi gloves.

Could it be that a scientific reprisal is upon us? Indisputably, Raf’s sartorial choices haven’t diluted our expectations in this respect – and that’s for sure. Jagged motifs juxtaposed by an often-gloomy tonal variety arose unfathomable austerity, particularly discernible by the heavy leather and sleeveless detailing flowing with major supremacy throughout the collection.

Check out Raf Simons’ imagery in the below gallery, so you’re in the know… 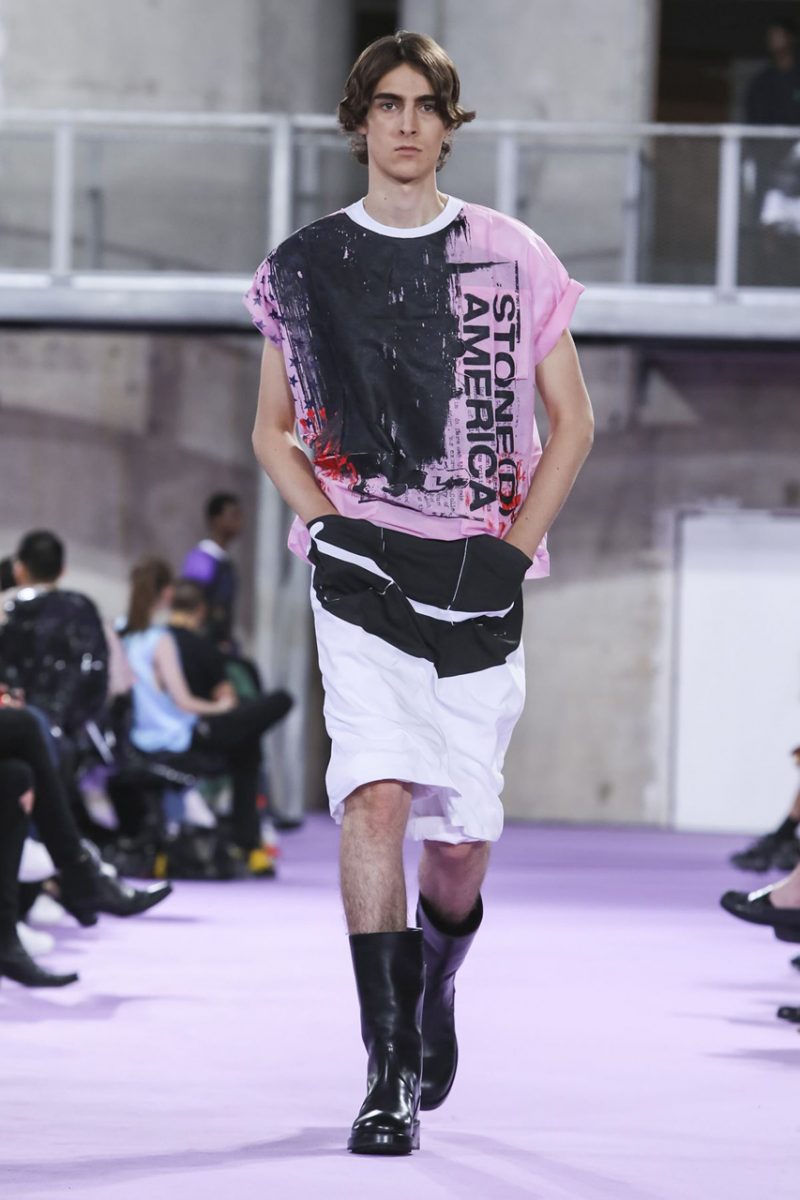 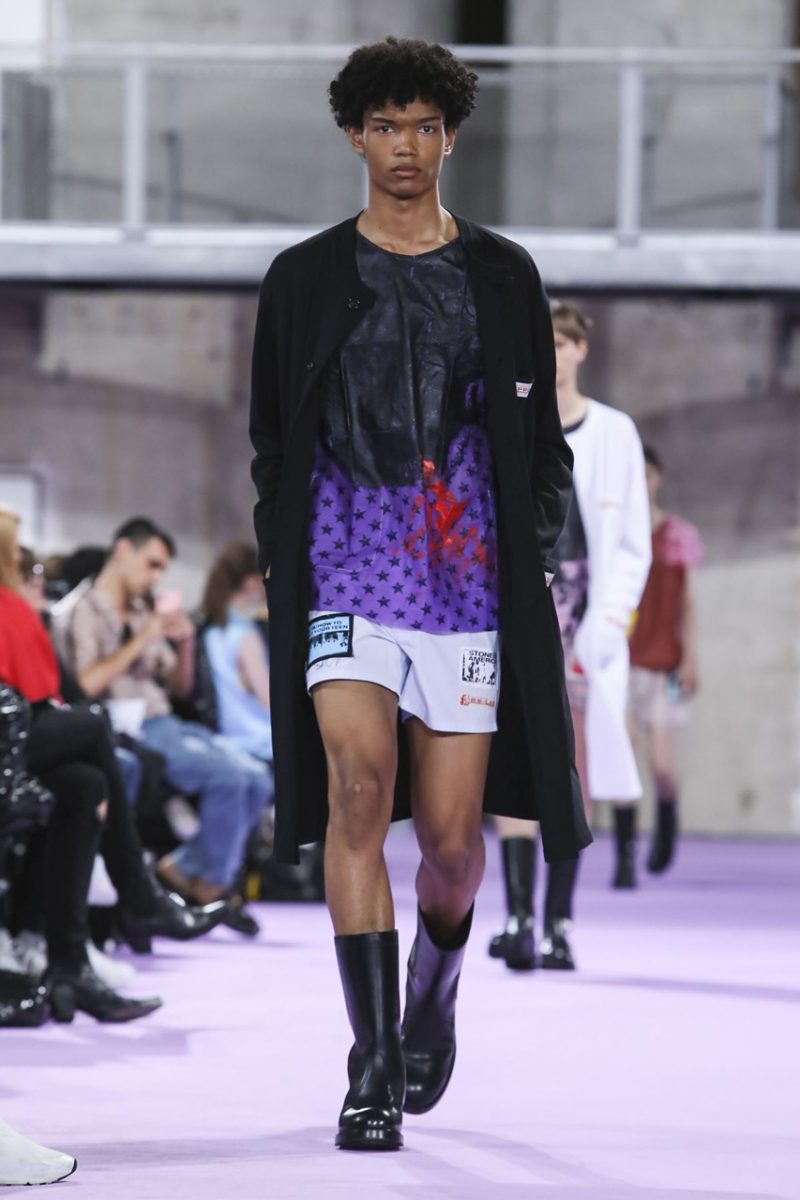 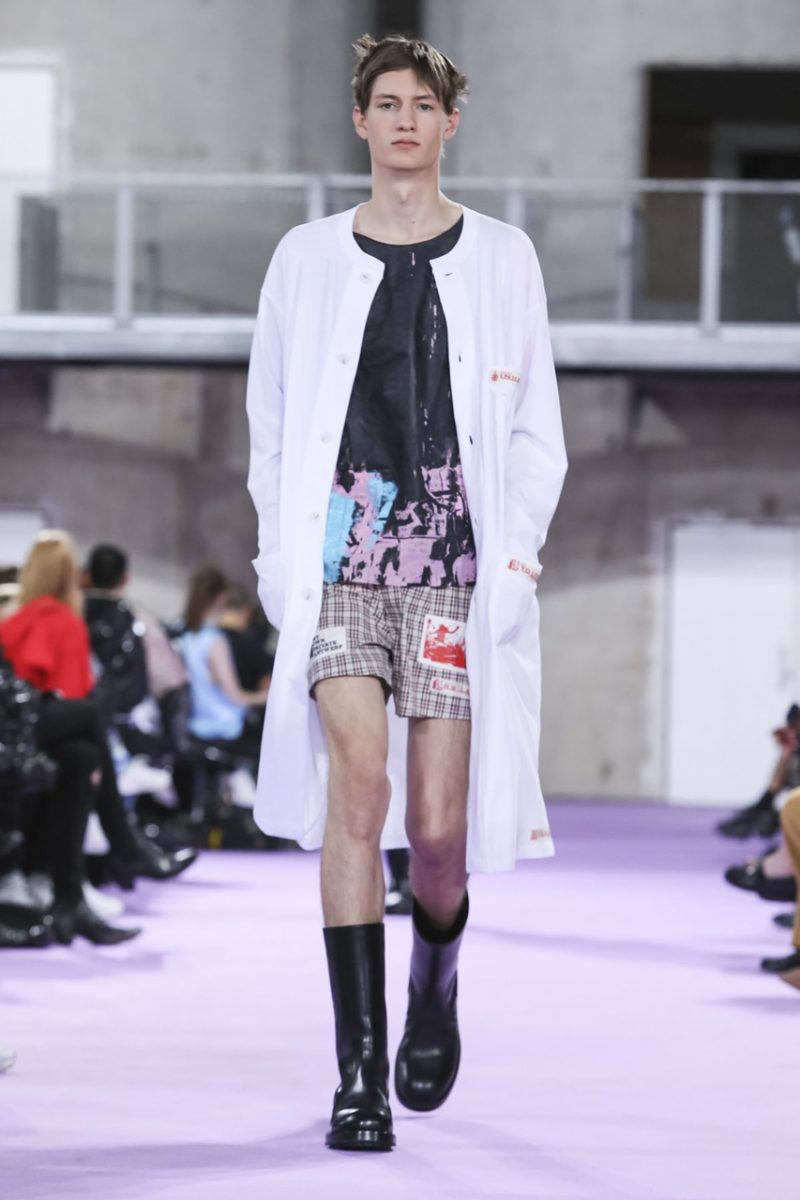 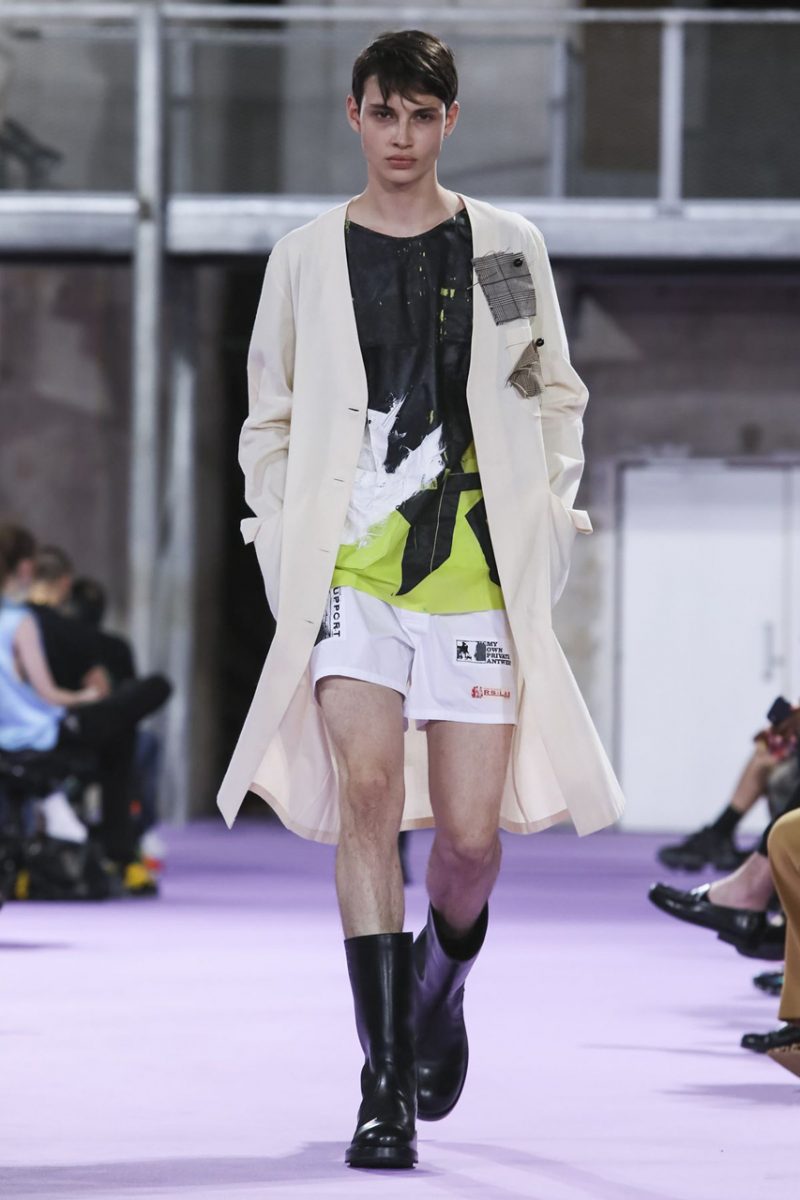 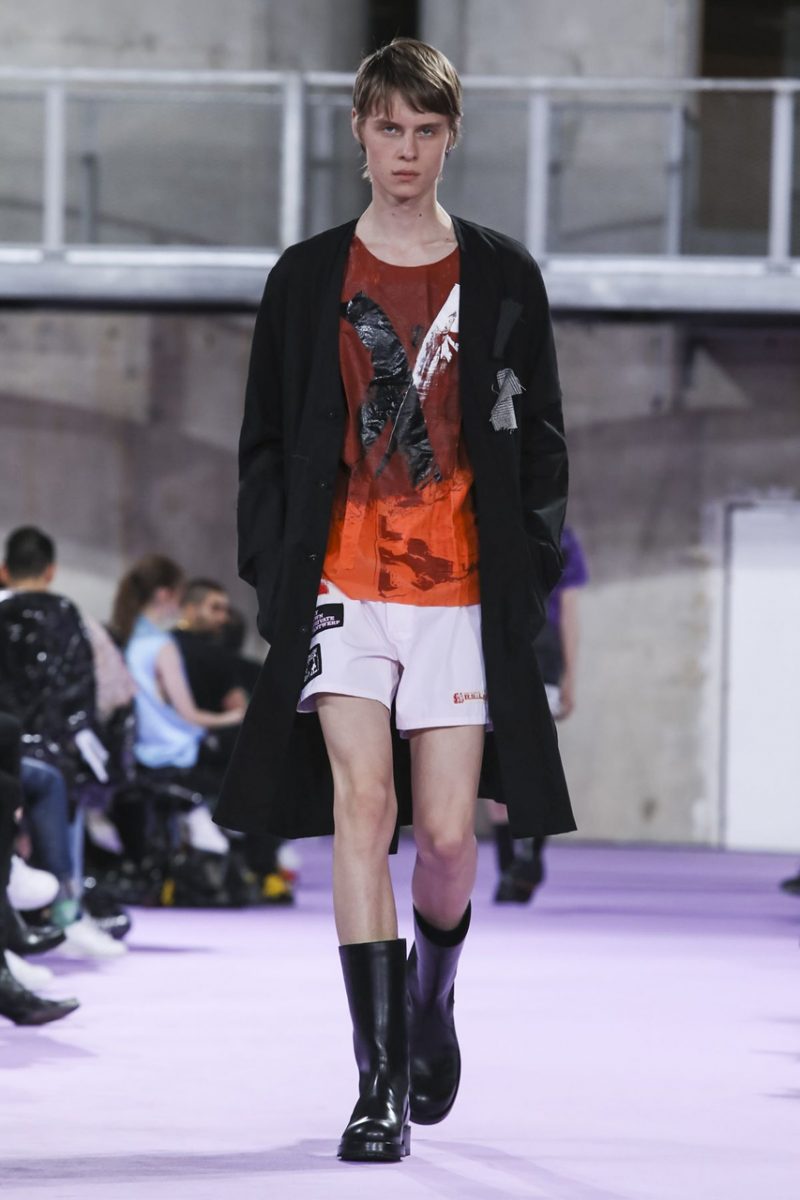 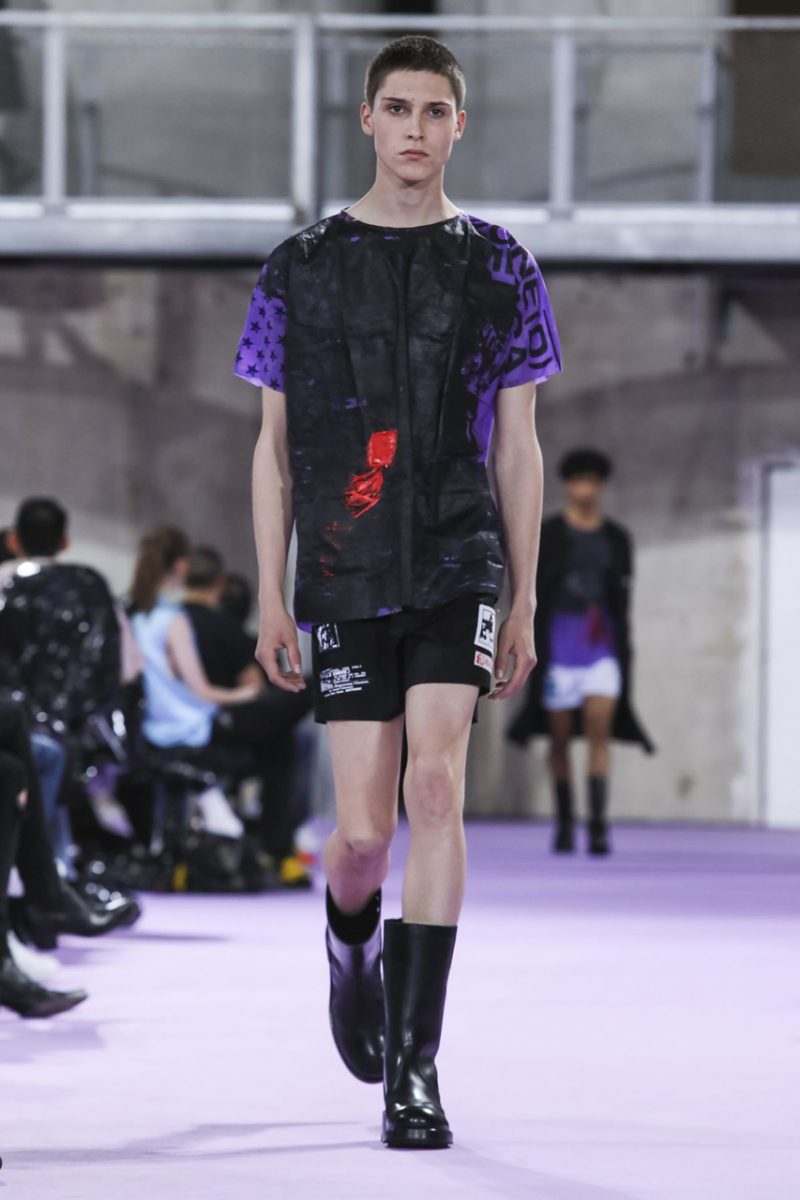